The 35 Unique and Coolest Things To Do in NYC Right Now!

The 35 Unique and Coolest Things To Do in NYC Right Now! 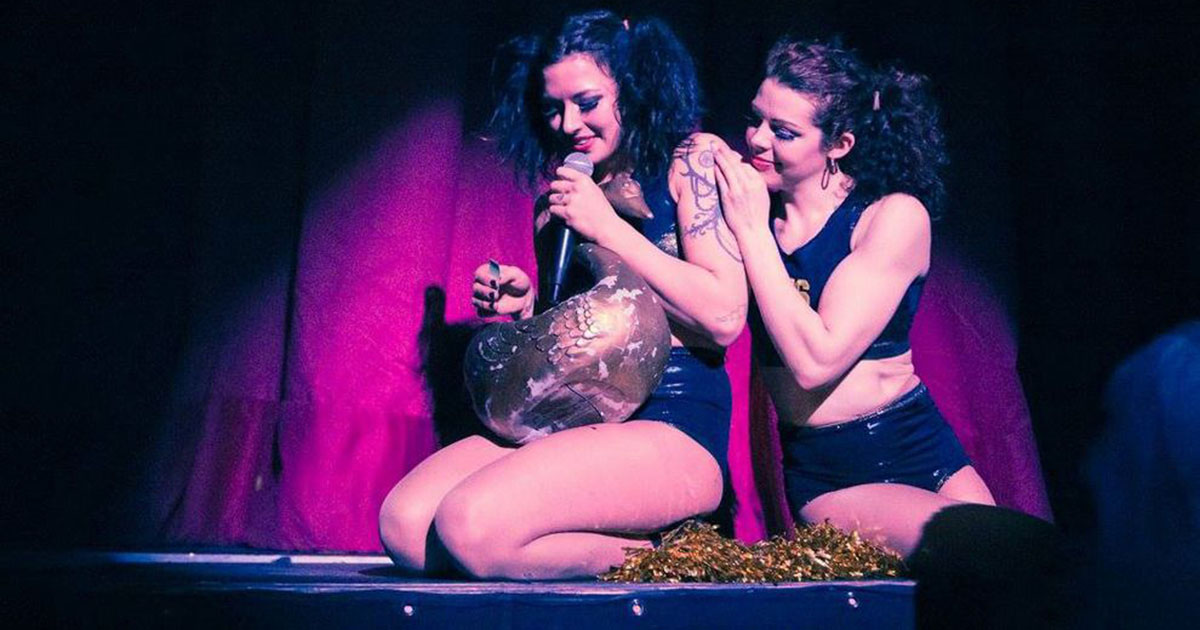 They call the Big Apple the city that never sleeps. There are million fun things to do. From Sunday brunch to bike riding, there’s something for everyone. Not all of it is on the official tour or a local map. But what if you wanted to go shake things up a bit and do something you’ve never done?

Below are 30 of the most unique and coolest things you could be doing right now in New York City:

If the thought of football makes you want to scream, don’t let this gay sports-themed bar fool you. Monday nights are dedicated to music videos and two for one drinks during happy hour. Boxer-wearing bartenders serve up cocktails and just about the best sliders known to man!

At the most southern tip of Roosevelt Island, you’ll find a three-acre memorial rich in history and culture. Surrounded by the East River, this park is the perfect place to fly a kite or picnic the day away.

Medieval history is only a stone’s throw away at the Cloisters. In Fort Tryon Park, you can get lost in lush gardens and gaze upon ancient sculptures and unicorn tapestries. Who says history isn’t fun?

If you need to step away from the hustle and bustle, head over to the East River Waterfront Esplanade. Here, you’ll find spectacular views of the Williamsburg Bridge and a quiet place and to unwind!

Looking to see ancient predators in the modern world? Check out the American Museum of Natural History where you can get up close and personal with dinos and forest-dwelling crocodiles.

If international brews and exotic teas get your blood pumping, visiting Porto Rico Importing is a must! This spot is home to some of the most decadent coffees, teas and chocolate on the East Coast!

Built in 1903, the Lyceum Theatre is Broadway’s oldest theatre in the heart of the city. Coined a national landmark in 1974, this 922-seat playhouse is home to some of the most famous theatrical presentation in history!

Tribeca is home to this peaceful oasis, which takes you back in time. This one-time textile factory is now a heavenly retreat where you can relax in ancient Roman and Greek baths after a busy day of sightseeing!

Since 1981, Forbidden Planet has been one of the world’s largest retailer of comic books, science fiction, toys and graphic novels. From pop culture collectibles to classic comic books, you’ll find it here!

Sway the day away in a dreamy hammock on Governor’s Island! With over 50 hammocks to relax in, spend the day away from the busy streets biking or simply watching the clouds go by!

If singing show tunes makes you swoon, run to Maria’s Crisis Cafe. With roots dating back to the 1850s, Maria’s Crisis Cafe is the best place to sing your heart out while sipping one-of-a-kind cocktails! Located in the West Village, is the epitome of a dive bar!

In 1970, what started as a 50-chair screening space evolved into a mainstay in history. This non-profit screening space has become the Film Forum New York’s premiere movie house for independent film screenings.

Located just outside the Oyster Bar at Grand Central, this secret spot is covered in Guastavino tiles, making it the perfect place to dish secrets. By standing in one corner, you’ll be able to hear even the softest whisper from the other side.

Known as the Bloody Angle, this 90-degree curve links Pell and Bowery in Chinatown. During the Tong Wars, it was the perfect place for Chinatown’s notorious Tong Gang to escape the scene of a crime.

If your sweet tooth gets best of you, make a beeline for DO Cookie Dough. From pint-size sundaes to cookies, this place is a cookie dough lover’s utopia!

Refine your storytelling skills at the Moth Story Slam. Open to anyone who has a story to tell, this eclectic spot lets you take the stage for five minutes and be the star of the show!

This former ice warehouse is now home to some of the most over-the-top performances in New York. Pick your poison and spend the evening watching cabaret or circus performers strut their stuff!

From rooftop farms to sustainable landscapes, Brooklyn Grange encompasses positivity and change. Situated on two rooftops, you can Walk along beautiful urban gardens or take a beekeeping class!

Beer lovers unite! The Alamo Draft House will have you grinning ear to ear as you drink craft beer and watch award-winning performances on stage!

If you’re an architecture buff, head over to this iconic building where you will one of the world’s very first elevator shaft. The round pulley system was originally designed by Peter Cooper to move goods from one floor to another. It wasn’t too long afterward that Elisha Otis refined his idea and created the first square elevator.

If you love Hollywood’s Golden Era, stop at Theatre 80 where you can see the handprints of the most famous starlets, which include Joan Crawford, Dom DeLuise and Gloria Swanson.

Built in 1846, Trinity Church has a spire over 280 feet high. Its graveyard contains the oldest headstone in New York, that of Richard Churcher, who died in 1681, and the strangest, which belongs to James Lesson, who died in 1974.

Until 2007, this 952-feet structure was the tallest building in the city. Check out the entrance on Pine Street where you can see the scale model of the building carved in stone and the magnificent limestone tower.

It’s impossible to visit New York and not say hello to the gigantic teddy bear who lives at the New York Public Library. This larger-than-life Winnie-the-Pooh made his way from London in 1921, taking up residence in the library in 1987.

Originally named the Fuller Building, this 22-story building has been the backdrop for millions of Instagram photos. Located on the corner of Fifth Avenue and Broadway, the Flatiron Building is a magnificent centerpiece of the city!

It’s a brunch spot AND a hot venue for live music. Nestled beneath the Williamsburg Bridge, there are DJ nights and performances from New York’s alternative scene. Make sure you get a “Pink Baby” drink and check out a replica of that spooky maze from “The Shining.”

This shop defines the word unique. How many of us consider the idea of tailored jeans? Select one of the shop’s denim cuts as well as interior pocket patterns, linings, rivets and buttons, speak with a seamstress and walk out wearing a pair of jeans designed just for you.

If you’re in the Nolita area, swing by Black Seed. It’s the home of in-house hand rolled bagels. Go beyond the typical cream cheese or butter complements you get from the likes of Dunkin’ Donuts. Try the beet-cured lox or tobiko caviar. Plan your visit accordingly as Black Seed never lacks in customers.

The Strand challenges the convention that reading on the Kindle has taken over. Yeah, the Strand could be called a sole survivor, but it still stands, closing in on nine decades of business. There are so many books the atmosphere is almost claustrophobic. Over its three stories, there’s that distinct smell of paper you’ll never get from Amazon. Book readers love it.

The NoMad in the Flatiron district could care less about wi-fi, social media and stuff its competition is quickly installing. Visit and check out the dark passageways and small eateries within its wall. Its hotel store is a Maison Kitsune, the chicest of boutiques. Its library looks like something from a Sherlock Holmes mystery.

With world-famous museums within its borders, small and unique places like the Bard Graduate Center still strive. This spot is known for visitors wanting intellectual stimulation. You’ll learn about design and decorative arts through new pieces and multi-channel videos. The phrase to emphasis here is “cerebral stuff.”

Central Park may get the attention, but the Village’s Washington Square has an artisan charm. It’s smaller, giving it a greater sense of community as street performers, skateboarders, chess players and vendors seem to happily share the space. There’s break dancing and jazz trios, fountains and arches, and, in warmer months, movies screened in foreign languages, which fits perfectly within the park’s eclectic character.

In the digital age, even the most dedicated music lover may have never experienced the joy of browsing a record store. Those of us who love vinyl and have an affection for CDs will love Other Music. Dig through racks and racks of music, play it – the entire record, not a snippet – or have a savvy conversation with an employee. Underground, hard to find, secular, experimental, it’s all here and more.

Taking an activity associated with leisure cruises and seniors, the Royal Palms successfully turned it into an alternative to traditional happy hours, drawing in business professionals, millennials, families and, yup, seniors. The Royal Palms has delicious food options and cocktails. It’s a simple, laid back game, but the Royal Palms has made it fun and spontaneous.

If it’s cool you’re looking for, soar above the skyscrapers for a bird’s eye view of the Big Apple. The Harbor, Lady Liberty, the city’s famous bridges, all seen in less time than anyone could in days and do it from the clouds. It will be the ultimate NYC experience.
There are so many cool things to do in New York. So what are you waiting for? Turn NYC into new adventure and book your airplane tour today!

Our goal is to make your time with us an unforgettable experience of flying over New York City as you never did before. All our pilots are FAA certified and would love to share a passion of flying with anyone who wants to see the world from above.
Book Your Tour Now!